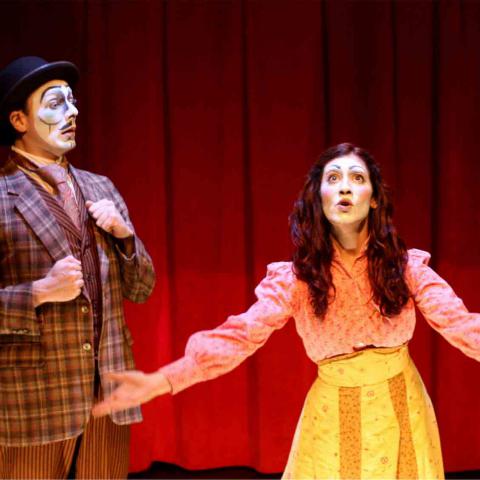 Read these 9 Acting In Theater Tips tips to make your life smarter, better, faster and wiser.

For many actors, learning to "cry on cue" is one of the hardest skills to learn. There are many exercises one can do to reach the emotional level where tears can come freely. The best method may be not to try. In other words, the more we attempt to use a technique, the less it can work for us. This is because we remove ourself from the scene at hand. Imagine: Your best friend tells you she never really liked you. Now, would you stop and say to yourself, "Okay. I have to cry. How can I make that happen?" Of course not; the emotion of the "scene" would naturally take over. You have to trust that same organic wave of emotion when you are playing a scene as well. Who knows? Maybe you won't cry at all, but have another reaction entirely. And in scenarios where your character must cry, sometimes the best method is to, well, act. Next time you cry in real life, note how you do it. What does it feel like? Sound like? Learn to recreate this so that you can cry in a realistic manner...even if no tears come.

There is a saying in drama that you should leave your personal problems at the stage door. In other words, don't let your current mood affect your performance. Remember that while on stage or in front of the camera, you are the character you are playing, not the other way around. However, you are human, and the character you are playing is (usually!) human. Don't deny your feelings, but patiently observe them so that you can call upon them to breathe life into your future roles.

So you've decided to go to drama school. Good for you! Now what courses should you take? Remember that your goal is to become a well-rounded performer. Don't shy away from classes that challenge you. For example, if you can't sing, take a singing course anyway. There's more to learn than carrying a tune. As an actor breath control is vital, and there's no better way to learn the tricks of this skill than a course in vocal music.

Drama entails a plot and characters that are governed by a certain overriding theme. As an actor, it is your duty to understand this theme and let it suffuse your work. Work within the drama and let it flow through you and the relationships that you build with other characters. You can begin by discussing the stage- or screenplay with your fellow actors and/or the director (or dramaturg, if one is available). Coming to a common agreement about the motivations of each character will help round out the production as a whole.

A simple strategy for creating honest drama is through the use of mantras. While you are acting in a scene, recite an appropriate motivational phrase over and over again in your head. The mantra will subconsciously affect your performance, making it seem more natural. For example, if you are playing a love scene, you may want to try reciting, "I love you," in your head during the scene. The mantra will help to add depth to your character.

The primary elements of drama are plot, character, and theme. The theme is the central idea of the work, or the message the writer wishes to impart on the audience. The theme governs the progression of the plot. The plot in turn governs the characters, who move through the plot's conflicts, thereby helping to further develop the theme. Other elements such as irony and symbolism can be added to lend more subtle touches to the drama, making it more human and accessible.

Drama, and the act of performing drama, forces us to re-engage the spirit of discovery. As children, we played and discovered. In the artificial creation of human relationships, and the mimicry of human relationships that stem from drama, we are forced to relearn how we engage in relationships. The writer of drama must examine how to bring characters together within the plot, while the actor of drama must learn how to imitate these relationships on stage. It is perhaps why we call it "playing" a role, or even why a dramatic production is called a "play"!

Humor comedy acting is often a critical component of drama, though it is one that is difficult to create. Because humor is subjective, one can't be sure what will make an audience member laugh. Usually the best rule of thumb is not to try too hard. In life, many things can make us laugh, even in moments of high tension. Ideally the writer will have achieved honesty in the script, so as an actor you have only to portray the role as honestly as possible. One of the worst things to do is go for the laugh or "milk" the audience for a laugh. The audience will feel manipulated and lose interest in the world you have created with your character.

Drama schools tend to have a highly competitive admissions process. Applicants must submit to an audition process before they are granted admission. Drama schools focus on the development of acting technique, usually focusing on work in the theater. Although the work is performance based, students typically also learn about stage craft. Classes on set building, lighting design, and even dramatic writing are often offered so that students get a well-rounded education.