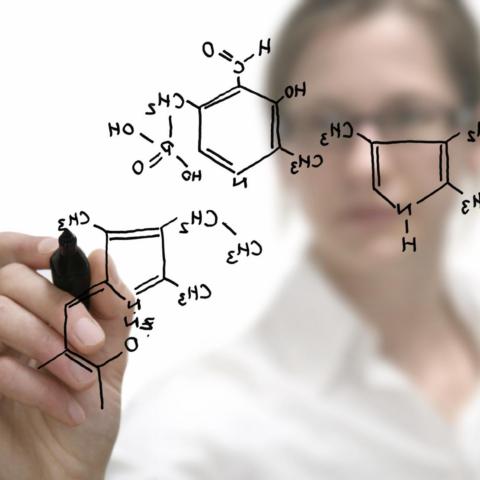 1. GPS Technology. Originally developed as a navigation system by the United States military, the Global Positioning System uses a network of satellites around the Earth to pinpoint the exact position of a receiver anywhere on the planet. Since its development in 1978, it is now used in cars, aircraft and boats. Geologists use it to track the movements of continental plate tectonics and glaciers while conservation scientists have tagged turtles with GPS receivers to follow their epic migrations.

2. The Sony Walkman. In 1979 Sony spawned the era of wearable technology with its iconic personal stereo. It enabled music fans to listen to their music while on the move without inflicting their choices on those around them. It provided the soundtrack to millions of morning commutes. The Walkman quickly changed listening habits and became hugely popular as jogging culture took the 1980s by storm – here was something that allowed you to listen to your music while you worked out. This wearable technology has now evolved, thanks to Apple, into the iPod and has changed music for ever.

3. The Bar code. These boring sets of black and white lines can now be found on almost every single item bought from a shop. At first glance, it seems hard to see how they possibly made any impact on the world, but they have fundamentally changed the way we shop. Norman Woodland first developed an early form of the bar code in 1949 by combining ideas from movie soundtracks and Morse code to help him speed up store checkouts. They now stores to instantly access product details, prices and stock levels with a sweep of a laser.

4. TV Dinners. Food on the go has been around since the time of Ancient Greece, but convenience food really took off in the 1970s and transformed the way families ate meals, the high-street, the countryside and national health. Traditional family dinners around the table disappeared and pre-packaged "ready meals" eaten on the sofa became the norm. Due to hectic lifestyles, the products, which were often frozen, were designed to make life easier for time-pressed consumers. The popularity of processed food, however, is also blamed for driving the obesity crisis. With high fat, salt and sugar content to make the meals last longer on the shelves, the diet of the Western world has deteriorated.

5. PlayStation. Although games consoles had been around for some time, Sony's PlayStation took gaming out of spotty teenager's bedrooms and into adult living rooms when it was released in 1994.
Here was a computer with more power than the average family PC. As of July 2008 more than 102 million PlayStation units have been sold, while the next generations, PlayStation 2 and PlayStation 3, have also been turned into best sellers.

6. Social Networking. Around the world, every day, more than three billion minutes are spent by computer users on Facebook. Along with other social networking sites such as MySpace and Twitter, it has completely changed the way we interact and who we interact with. Millions of people now communicate tiny details of their professional and personal lives by poking, twittering and posting. Online social networking has allowed people to rekindle friendships with friends they lost touch with years ago. Others chat online with complete strangers on the other side of the world.

7. Text messages. Text messaging has created a new vocabulary and new grammar that is almost incomprehensible to those who do not use it. LOL and FYI have now passed into everyday English.
It has also changed the way people use their thumbs – the old QWERTY keyboard layout suddenly became redundant.

8. Electronic Money. Credit cards gave us greater convenience for spending, greater security and the ability to spend money anywhere in the world. They also brought us internet fraud and record levels of debt that have contributed to the global credit crunch.

9. Microwaves. Not the ovens, but the electromagnetic waves. Microwaves – electromagnetic radiation with wavelengths ranging between 1 millimetre and one metre – are used by mobile phones, wireless broadband internet and satellite television. Radar, which helped Britain win the Battle of Britain, also uses microwave radiation. They also gave us a new way of cooking food while the US military has developed a 'less-than-lethal' weapon that can blast victims with a heatwave.

10. Trainers. With the help of celebrity endorsements by sporting superstars such as basketball legend Michael Jordan, trainers turned from being purely practical clothing for sport into a fashion item.
The Army now reports that young people are increasingly growing up without ever wearing leather shoes and their feet are now too soft to wear traditional miliary boots.
Source: telegraph.co.uk