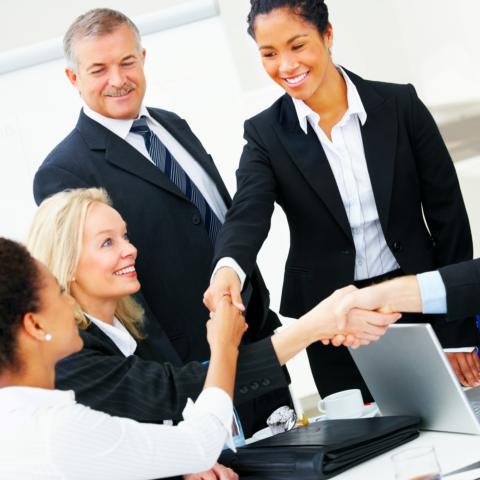 Did you know that the reason people clink wine classes during a toast is that back in the dark ages people heartily clinked their pewter mugs together to distribute any poison that might be in one of the cups? That way if someone was trying to poison someone, everyone would be poisoned, discouraging a person from attempting to do so.
Few other interesting etiquette facts.
1. Don’t cut your salad
There is a belief that it is an etiquette faux pas to cut your salad leaves. However, that comes from the fact that back in the day when people used pewter knives the vinegar would ruin the pewter. Therefore, you couldn’t cut your salad. Today, knives are made with either sterling silver or stainless steel and neither is affected by vinegar. So go ahead and cut your salad leaves.

3. Colorful wedding dresses
The color white became the acceptable color for wedding dresses after Queen Victoria wore white when she married Prince Albert in 1840. Before that, wedding gowns were colorful.

4. Only a man proposes
Women could not ask a man to marry her because of the ancient falsehood that in order for them to live happily ever after the man must do the proposing until his blushing sweetheart finally accepts. Today, it is perfectly acceptable for a woman to propose to a man.

5. Men walk curbside
There is the tradition in America that a man should walk on the curbside while walking with a woman. This comes from protecting the woman from being splashed passing horse and buggy. Today’s gentleman still does this but instead of spray from horse and buggy it’s from cars.
Source: cliseetiquette.com