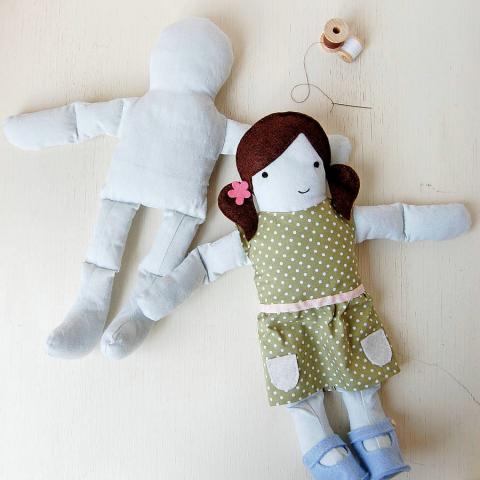 BARBIE FUN FACTS
Barbie doll has kept up with the times and trends since her debut in 1959. In matters from career, to family and friends, to fashion, she is right there changing along with girls and the world. Some fun facts to boost your Barbie I.Q. . .

1. Barbie doll has had more than 80 careers -- everything from a rock star to a paleontologist to a presidential candidate.

5. The first Olympic athlete Barbie was introduced in 1975; she is competing again as an Olympic swimmer in 2000.

6. Summit Barbie dolls were introduced in the 1980s to commemorate the end of the cold war between the U.S. and the Soviet Union.

7. Barbie doll represented a candidate for President in 1992 and is running again in 2000 with a platform of opportunities for girls, educational excellence and animal rights.

8. The military series of Barbie dolls, Army, Air Force, Navy and Marine Corps went through approvals by the Pentagon to ensure the most realistic costumes.

10.In 1997, Share A Smile Becky was the first Mattel, Inc. fashion doll introduced with a wheelchair.

11.The Barbie Sport collection, including a clothing line and sport-related dolls, was introduced by Mattel in 1998 to allow girls to play out their athletic aspirations every day.

13.Italian was the first nationality Barbie doll represented in the Dolls of the World Collection.

14.Quinceanera Teresa doll was released in Mexico in 1994 to celebrate Girls Day.

15.The Barbie doll is currently marketed in more than 150 nations around the world.

16.Placed head to toe, Barbie dolls and family members sold since 1959 would circle the earth more than seven times.

17.Every second, two Barbie dolls are sold somewhere in the world.

18.One of the latest nationality Barbie doll is Spanish Barbie, released in 2000 wearing an ensemble inspired by the "traje de luces" (suit of lights) worn by toreadors.

20.The first black and Hispanic Barbie dolls were introduced in 1980.

21.Freundshcafts (Friendship) Barbie was introduced in 1990 to commemorate the tearing down of the Berlin Wall.

23.The best selling Barbie doll ever was Totally Hair Barbie , with hair from the top of her head to her toes.

24.The full name of Barbie doll is "Barbie Millicent Roberts." She is from Willows, Wisconsin and went to Willows High School.

26.Barbie doll's boyfriend, Ken doll made his debut two years after Barbie, in 1961.

27.Ken doll was named after the son of Mattel founders Ruth and Elliot Handler.

28.The first celebrity to join the Barbie doll family was fashion model Twiggy in 1967 and the M. C. Hammer doll, complete with a cassette of his songs, was added in 1991.

31.Consumers can now use their computers and the Internet to customize their friend of the Barbie doll through My Design, launched in 1998.

32.1999 was the first year that a family member of the Barbie doll was introduced into the line as a large-scale doll, Cuddly SoftbKelly.

33.Doll collecting is second only to stamp collecting as the most popular collecting hobby in America -- Barbie doll is collected by women, men and children around the world.

34.The Barbie Polaroid I-zone is an instant camera that allows girls to create postage-size sticky pictures of all their fun activities.

35.Close to 1 billion fashions have been produced since 1959 for Barbie and her friends.

36.More than 105 million yards of fabric have gone into making Barbie doll and her friends' fashions, making Mattel one the largest apparel manufacturers in the world.

37.Barbie doll has had more than a billion pair of shoes and over one hundred new additions to her wardrobe annually.

39.The "Barbie Fashion Designer " CD ROM was the best-selling software title of the 1996 holiday season.

42.Barbie doll was introduced in 1959 and first appeared in the now-famous black and white striped swimsuit and signature ponytail.

43.The inventor of the Barbie doll is Ruth Handler, co-founder of Mattel. She named the doll after her daughter, Barbara.

50.Barbie doll celebrated 40 years as the world's most popular fashion doll in 1999.

52.The latest Barbie® Software for Girls® is the Barbie® Magic Genie Bottle and CD-ROM that lets girls interact with a 3-D adventure game.

53.Barbie entered the world of electronics in 1999 with the e-Secret.
Source: collectdolls.about.com