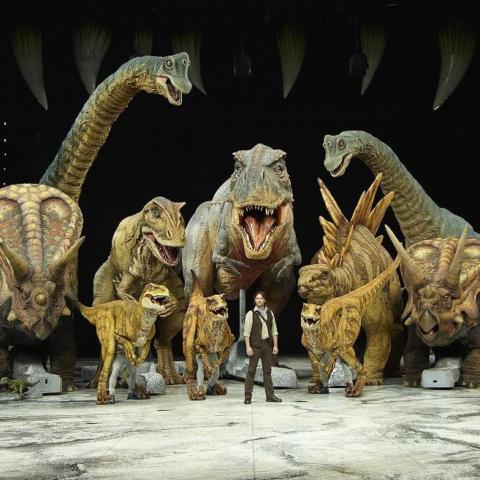 Walking with Dinosaurs is a six-part documentary television miniseries that was produced by BBC, narrated by Kenneth Branagh, and first aired in the United Kingdom, in 1999. The series was subsequently aired in North America on the Discovery Channel in 2000, with Branagh's voice replaced with that of Avery Brooks. It is the first entry of the Walking with... series and used computer-generated imageryand animatronics to recreate the life of the Mesozoic, showing dinosaurs and their contemporaries in a way that previously had only been seen in feature films. The programme's aim was to simulate the style of a nature documentary and therefore does not include "talking head" interviews. The Guinness Book of World Records reported that the series was the most expensive documentary series per minute ever made. A 3D movie based on the series is currently being produced by BBC Films and 20th Century Fox.
Source: wikipedia.org