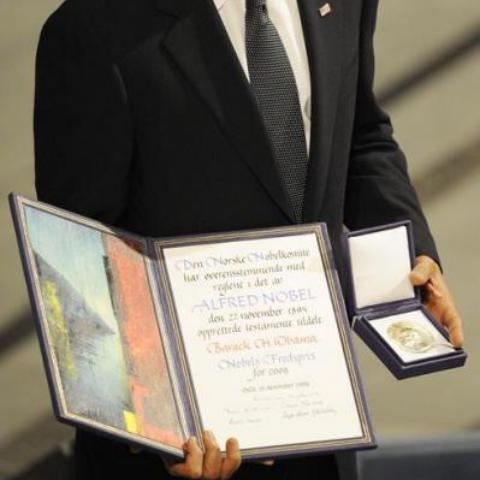 Top 10 facts about the Nobel Prize
1. Alfred Nobel's fortune, which let him found the prizes, came from his invention of dynamite.

5. The International Committee of the Red Cross is the only winner of three Nobel Prizes.

6. Until 2003, men from Trinity College, Cambridge, had won more Nobel Prizes than all the world's women. The women overtook the college in 2004.

8. According to a poll taken in 2009, one in four American women would rather win America's Next Top Model on TV than the Nobel Peace Prize.

9. "The Nobel is a ticket to one's own funeral. No one has ever done anything after he got it," (TS Eliot, winner of the 1948 Nobel Literature Prize).

10. The youngest winner was Lawrence Bragg who shared the physics prize with his father William Bragg in 1915 when he was only 25.
Source: express.co.uk