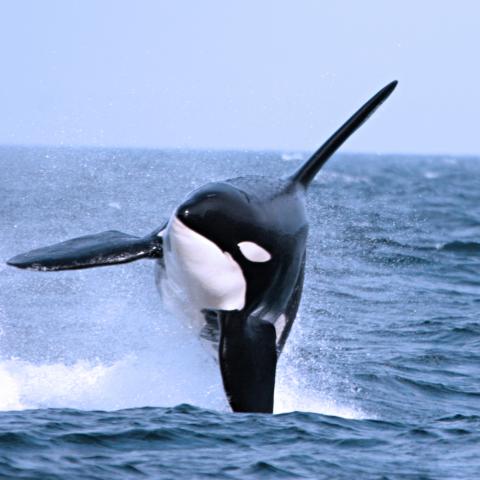 Whale watching is the practice of observing whales and other cetaceans in their natural habitat. Whales are watched most commonly for recreation but the activity can also serve scientific or educational purposes.

Interesting facts:
-The largest baleen whale is the blue whale. It is said that blue whales are the largest creatures - bigger than anything living or extinct.

-Whales shed! Yes, it's true; all whales shed. The Beluga whale, for example, sheds when it migrates to the North Pole. By rubbing against rocks, its old, yellowed skin comes off in large sheets, revealing new white skin underneath.

-Whales have been known to live as long as 100 years.

-Whales don't actually sleep; they take catnaps. While one half of the brain is sleeping, the other signals it to come to the surface to breathe and keeps it alert to predators.

-Much like human fingerprints, the markings on each whale's tail are unique. This helps researchers identify and study them.

-Humpback whales only eat in summer, feeding off their fat reserves during the winter.