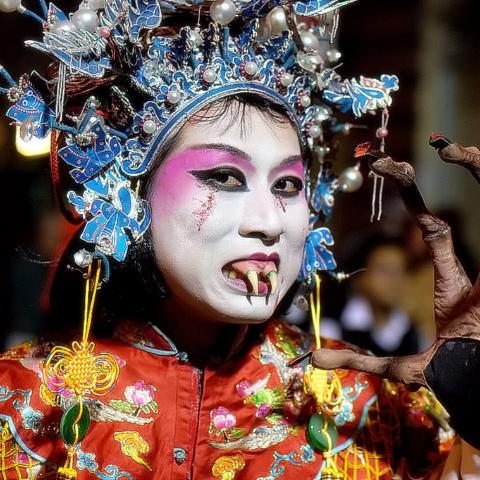 - Among the parade's signature features are its pageant sized puppets — giant rod puppets "articulated" by teams of puppeteers — and its open participation to anyone in a costume who wishes to march. It is the largest public Halloween event in the United States, and the country's only major night parade. It has been called "New York's Carnival." Although the parade is currently not as informal and wild as it was in its earliest years, it is in effect still an alternative festival.

- The parade has been featured in many national magazines and travel guides, and has been a subject of study by leading cultural anthropologists. According to The New York Times, "the Halloween Parade is the best entertainment the people of this City ever give the people of this City." "Absolutely anything goes," says USA Today. "Be prepared to drop your jaw."
Source: wikipedia.org