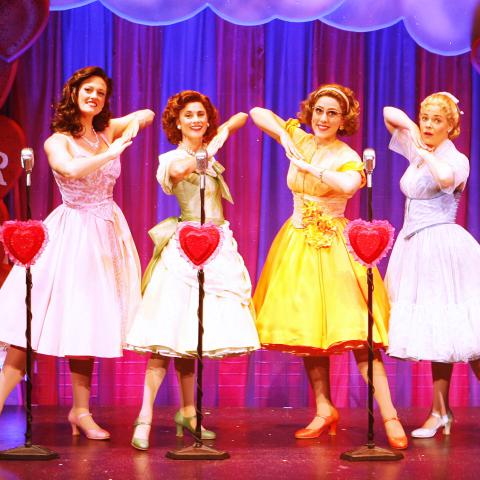 Broadway theatre, commonly called simply Broadway, is any theatrical performance presented in one of the 40 professional theatres with 500 or more seats located in the Theatre District centered along Broadway, and in Lincoln Center, in Manhattan in New York City. Along with London's West End theatre, Broadway theatre is widely considered to represent the highest level of commercial theatre in the English-speaking world.
The Broadway theatre district is a popular tourist attraction in New York. According to The Broadway League, Broadway shows sold approximately $1.081 billion worth of tickets in calendar year 2011, compared with $1.037 billion for 2010. Attendance in 2011 was 12.13 million.
Source: wikipedia.org