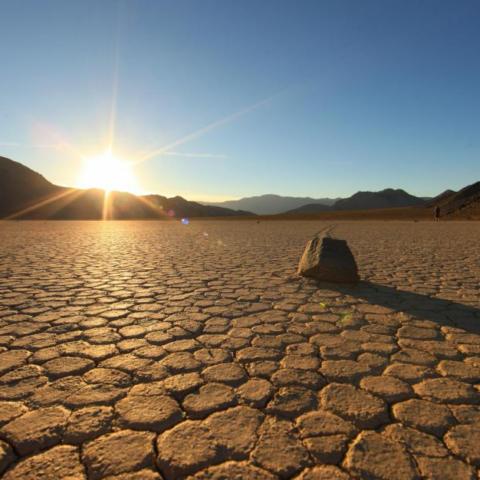 3: Salt Pans
Once, Death Valley was a large inland set in the era of Pleistocene epoch. It is proved by the presence of salt pans. In Holocene era, earth is warm so that the water in Death Valley evaporated.

5: Mount Whitney
Mount Whitney spans 76 miles or 123 kilometers away from Death Valley. The mountain is considered as the highest point in US. The elevation is measured at 4,421 meters or 14,505 feet.

6: Climate in Death Valley
If you go to Death Valley, you can see that this place has an arid climate. The mountains along the Death Valley are hot. It was on July 10, 1913 when Death Valley had the high temperature at 134 F.

7: Vegetation
When talking about the vegetation in the hot area like in Death Valley, you cannot find any greenery. You can only see the low lying shrubs.

8: Animal Habitat
Death Valley is a home to some animals like reptiles, birds and mammals. You can see kit foxes, bobcats, coyotes, mountain lions and big horn sheep living here.

9: Native American Tribes
The Timbisha tribe lives in Death Valley for more than 1000 years ago until this present day.

10: National Monument
You can find a National Monument in Death Valley. It was inaugurated by President Herbert Hoover On February 11, 1933. Then it is made as a national park in 1994.
You can visit Death Valley National Park in California if you want to know the lowest pint in US. Don’t forget to take pictures in the national moment as a good memory.
Source: myinterestingfacts.com