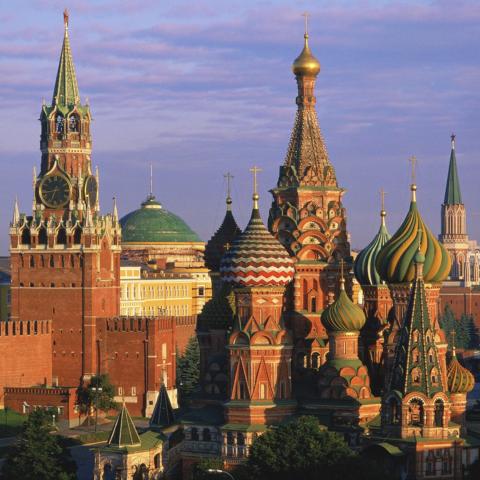 Moscow Kremlin is also called the Kremlin and is a castle that is situated at the heart of Moscow. It has four palaces and four cathedrals. The site is the official residence of the president of Russia. The palace has a very stunning looking combination of yellow and white with a green roof top. The golden color adds a touch of wealth to the entire palace. The palace was initially built in the year 1462 during the rule of Ivan the Terrible. The whole building has almost 9 churches from the 14th, 15th and 16th century and has more than 700 rooms in it. The west side of the palace was for the Royal family. Just like many other palaces, this one is also off limits to public viewing.
Source: famouswonders.com