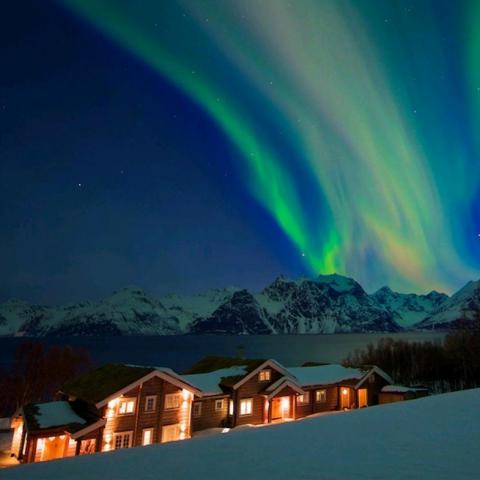 Northern and Southern Lights: Creating beautiful colorful displays of lights are Northern and Southern Lights or otherwise know as auroras. These auroras are usually viewed at night and occur more often around Polar Regions, usually within the Artic and Antarctic Circles, but can also be found in other parts of the world. They usually appear to be reddish or greenish swaths appearing across the dark night sky, but can also be different shades of blue and yellow.
The mentioned locations provide some kind of infrastructure, like tours, observation points: Kangerlussuaq (Greenland), Jukkasj?rvi ( Northern Sweden), Fairbanks (Alaska), Troms? (Northern Norway), Skibotn (Northern).