See the PYRAMIDS of EGYPT 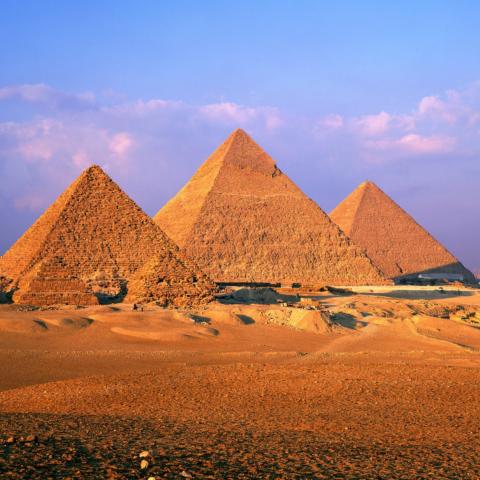 The Great Pyramid of Giza, as the name suggests, is a pyramid situated in the Giza Necropolis of Egypt. It is one of the three pyramids situated in Giza and is believed to have been built as a tomb for Fourth dynasty Egyptian pharaoh - Khufu (Cheops in Greek). It is said it took around 20 years to build the pyramid and the construction came to an end around 2560 BC. It is the oldest of the Seven Wonders of the Ancient World, and the only one to remain largely intact.