See the STATUES of EASTER ISLAND 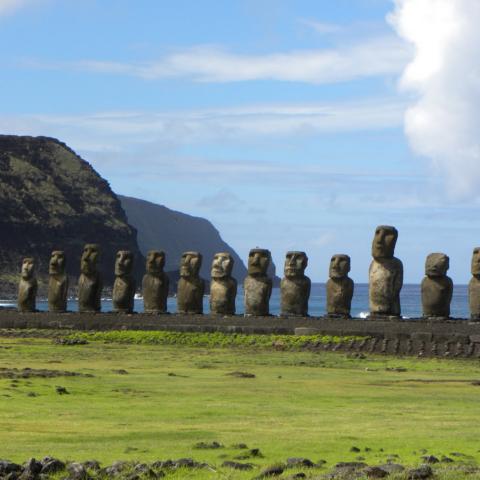 Easter Island has been synonymous with the huge, spectacular stone mololiths, known as Moais, which once dotted its landscape. It is one of the most isolated places on Earth. This tiny island can be described an open air museum for the huge stone Moais scattered everywhere. These mysterious carved figures, massive in size, some weighing 50 tons, stand more than ten meters high, gazing out across rolling hills, mountains and extinct volcanoes towards crystal clear waters. Some called it the remnants of a lost civilization while others ascribed the Moai statues to extra terrestrial influence. But subsequent scientific investigation has proved that the original inhabitants of Easter Island were of Polynesian descent.
Source: festivals.iloveindia.com