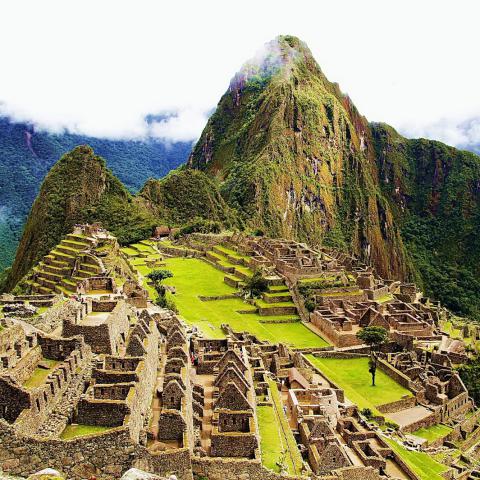 Machu Picchu is one of the most renowned sites located in the country of Peru. It is a pre-Columbian Inca site, which is situated on a mountain ridge above the Urubamba Valley. It is believed that the initial residents of Machu Picchu died within 100 years of its establishment, due to small pox. It was then captured by Spaniards and destroyed later. As it is a significant place culturally and spiritually, Machu Picchu was included by the World Monuments Fund on its 2008 Watch List of the 100 Most Endangered Sites.

Interesting facts :
-Machu Picchu is located at an altitude of 2,400 meters (7,875 ft) above sea level.
-Machu Picchu is one of the New Seven Wonders Of The World.
-Its primary buildings are the Intihuatana, the Temple of the Sun, and the Room of the Three Windows.
-Researchers believe that Intihuatana stone was built as an astronomic clock or calendar.
Source: lifestyle.iloveindia.com