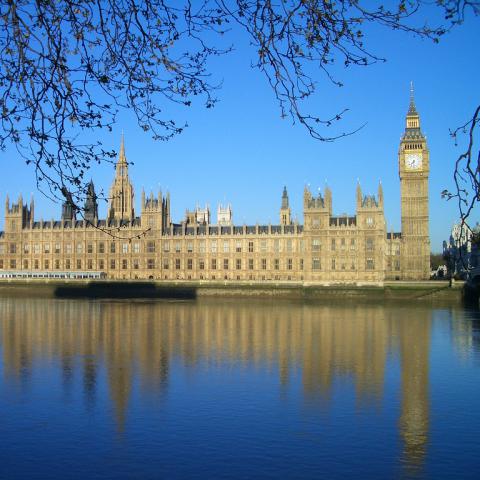 Parliament Square is a square at the northwest end of the Palace of Westminster in London. It features a large open green area in the center with trees to its west and it contains numerous statues of statesmen and other notable individuals.
Symbolically it represents different arms of the state on each side of the square: legislature to the east (in the Houses of Parliament), executive offices to the north (on Whitehall), the judiciary to the west (the Supreme Court), and the church to the south (with Westminster Abbey). Did you know that Parliament Square was made into Britain's first roundabout in 1926? By then it had already existed for about 80 years.
Source: wikipedia.org