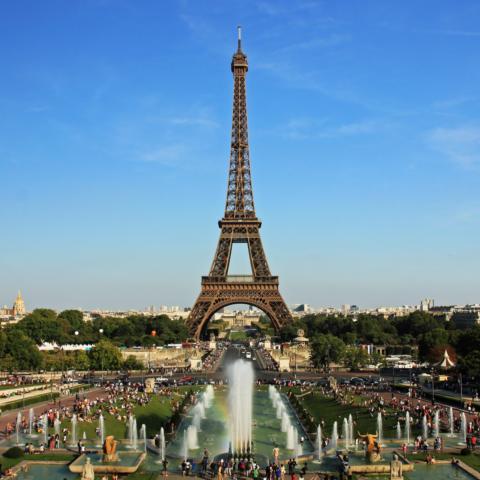 Eiffel Tower, one of the most famous monuments of the world, is an iron tower in Paris. It has been built on the Champ de Mars, beside the Seine River. It took 2 years, 2 months, and 5 days to build this huge tower, which was completed in 1889. Alexandre Gustave Eiffel, the same person who built the internal frame of the Statue of Liberty, was the main architect of the tower and it has been named after him only. The tower is beautifully illuminated at night.