Watch a play at BOLSHOI THEATER 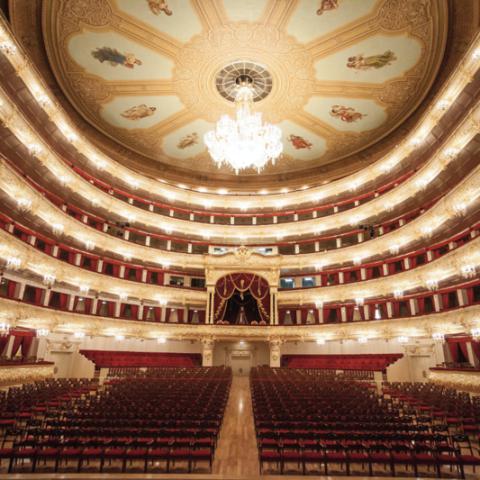 Bolshoi Theatre is a historic theatre in Moscow, Russia, designed by architect Joseph Bov?, which holds performances of ballet and opera. The Bolshoi Ballet and Bolshoi Opera are amongst the oldest and most renowned ballet and opera companies in the world. The theatre is the parent company of The Bolshoi Ballet Academy, a world-famous leading school of ballet. From July 2005 to October 2011 the Theatre was closed for restoration. It had undergone many renovations in its time, but none as major as this. The building, whose architecture includes three different styles, was damaged, and a quick renovation seemed to be necessary. The repairs were initially due to cost 15 billion rubles ($610 million), but engineers found that more than 75% of the structure was unstable and it was then estimated that about 25.5 billion rubles (app. $850 million) would need to be spent. However, at the completion of the restoration, it was announced that only 21 billion rubles were spent. The work was funded entirely by the federal government.
Source: wikipedia.org