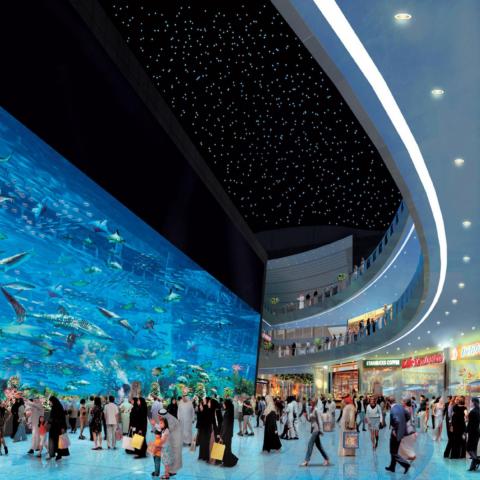 Dubai mall is the largest shopping mall in the world. In Dubai mall you can shop, dine entertainment, and you can also stay at the hotel.
At Dubai Mall you do not only find shopping stores but a lot of entertainment for family travelers. There are lots of things to do in Dubai Mall, it is highly suggested that you spend a whole day tour at Dubai Mall, not for shopping but to experience the different entertainment complex there are. Such as Dubai Fountain, Dubai fountain is set on a 30 acre Burj Khalifa Lake and the water jets are about 500 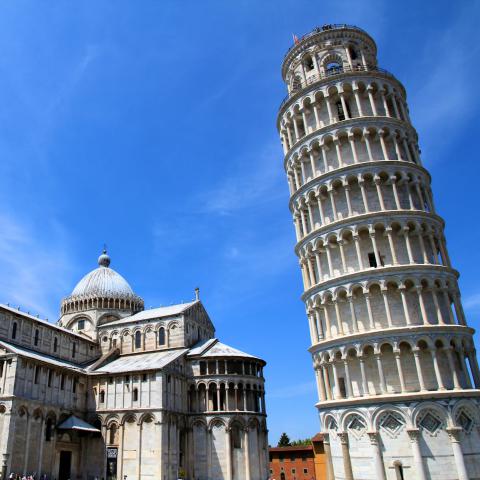 See the TOWER of PISA

The Leaning Tower of Pisa is a bell tower in Pisa, Italy, famous for its drastic lean to one side. The bell tower is part of Pisa's Cathedral Square, and is situated next to the Duomo (Cathedral) of Pisa. The bell tower, or campanile, is tilted about 3.99 degrees to one side, although before it was restored it leaned up to 5.5 degrees. The restoration project lasted from 1990 to 2001, and helped to prevent the tower from leaning too far and collapsing.

The campanile was constructed alongside the cathedral beginning on August 14, 11 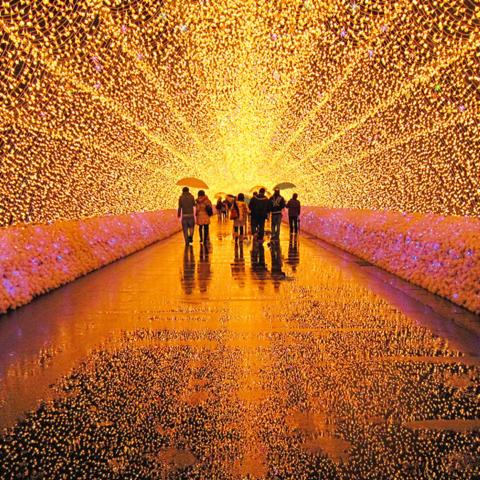 Walk through TUNNEL of LIGHTS, Japan

Tunnel of Light is a very amazing tunnel allows the citizens of Japan and visitors the opportunity to experience the tranquility of the garden Kingdom. Tunnel of Light is located on the island of Nagashima; the tunnel of lights gave Japan the residents and visitors of the garden which features the look of winter. The tunnel lights in the Nabana no Sato Garden consists of more than 7 million LED lights, attracting international attention and hordes of tourists. The tunnel of lights in Japan boasts another feature — it’s good for the environm 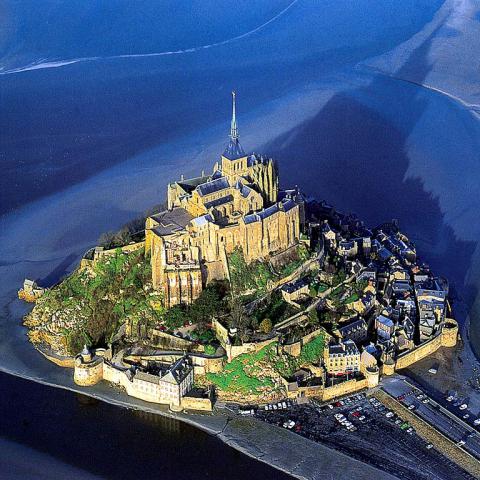 Apart from monuments in and around Paris, Mont Saint Michel is the most visited tourist attraction in France.  And it is not difficult to see why.

Le Mont-Saint-Michel is a rocky, cone-shaped islet in the Gulf of Saint-Malo connected by a causeway with the mainland. On top of the islet is the famous Benedictine abbey and its church. On the lower part of the islet, quaint houses and shops are located in a small village where 120 people live inside the former fortifying ramparts. The more interesting feature of this place is that 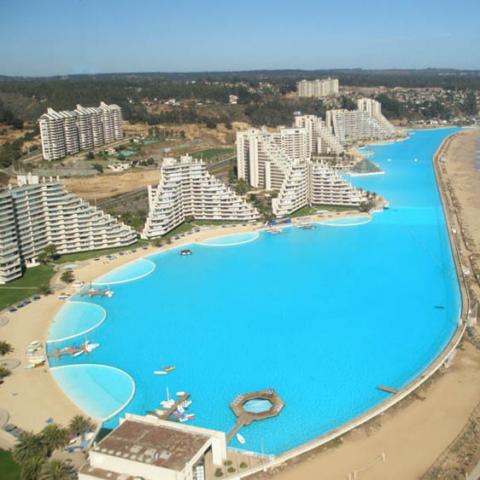 World's Largest Outdoor Pool At Chile's San Alfonso del Mar Resort
The largest swimming pool in the world is more than 3000 feet long, with a deep end that descends 115 feet. Sitting seaside at a resort in Chile, the pool required nearly five years to build and cost $1.6 billion. It has an annual maintenance fee of $3.2 million. Containing more than 66 million gallons of water, it dwarfs the second biggest pool in the world (the Orthlieb in Morocco with a mere 9.5 million gallons). The pool keeps a constant flow of fresh seawater into the 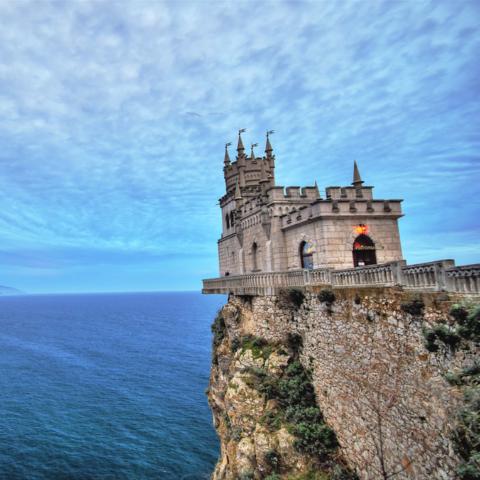 Swallow’s Nest  - it’s a one of the best place to view in Yalta (Crimea), Ukraine. It’s based on a cliff Avrora, eastern tip of St. Theodore (Ai-Todor). Its location is chosen very well : it is perfectly visible from a pleasure boat and with the highway between Yalta with Simeiz. Swallow’s Nest built in the Gothic style palace is an incredible lightness, airiness and romanticism – openwork balconies, crenellated towers and arched windows creates an attractive composition for artists and photographers. 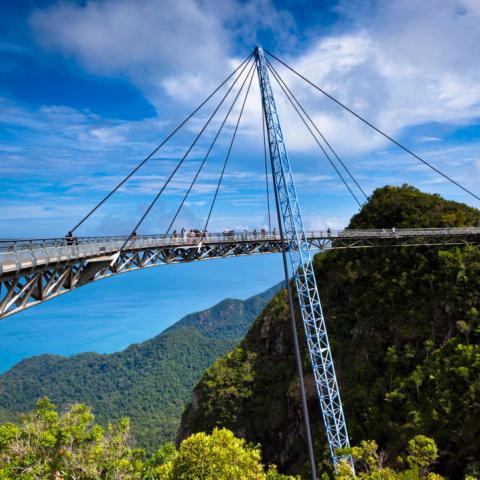 This walking bridge was built purely to enjoy the Malaysian scenery, and when weather permits it can be the source of breathtaking pictures of the Andaman Sea and Tarutao Island.

In order to reach this eye in the sky, you must take a cable car far up the mountain, and the cable suspension system can leave those weary of heights with strong regrets about the long trip up. However, the view is worth the trip to most and the feeling of being above the high trees of Malaysia is reported to be nothing short of breathtaking. The bridge h 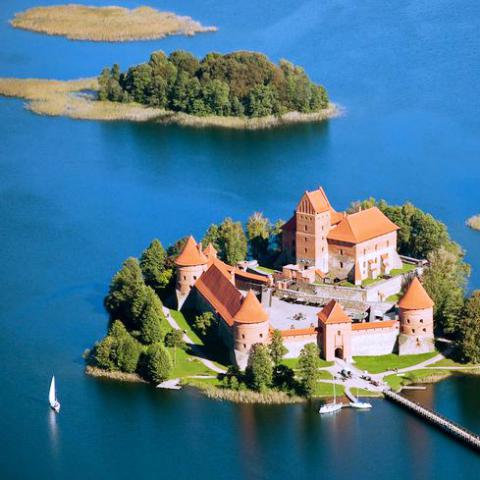 Trakai Island Castle is one of the must visit places in Lithuania. The only Eastern European castle that has been built on an island it is located in Trakai, on the shores of Lake Galve.
It was one of the main centres of the Grand Duchy of Lithuania and the castle held great strategic importance. Island Castle together with Peninsula Castle are the most famous works of defensive architecture in Lithuania. 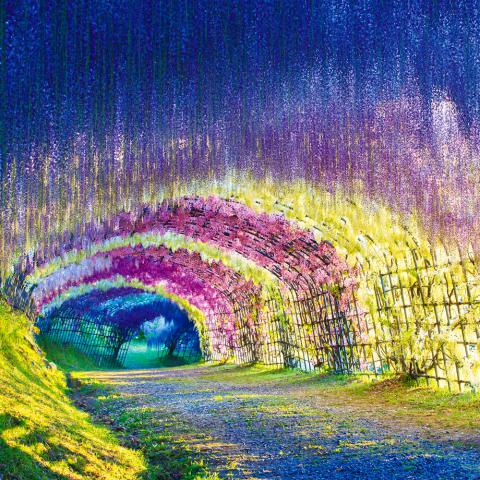 Wisteria tunnel in Japan is one of the top spectacular places on the planet. The tunnel is located in Kawachi Fuji garden in the city of Kitakyushu. The name Wisteria comes from the name of the flowering plants Wisteria, surprisingly about 150 different wisteria plants can be seen in this park. Passing through the wisteria tunnel, decorated with wisteria flowers, breathtaking flowers hanging just above your head for hundreds of meters, walking through this frangnant and colourful tunnel means, having the lifetime experience of paradise. 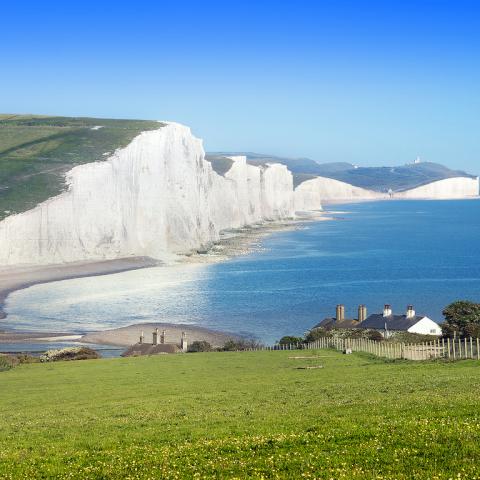 Found at the point where the South Downs meets the sea, the Sisters were created when ancient rivers cut valleys into the chalk, creating seven peaks. Haven Brow, the highest of them at 253 feet (77 metres), stands majestically to the west of her other sisters who in order are called Short Brow, Rough Brow, Brass Point, Flagstaff Point, Baily's Brow and Went Hill Brow. Under the sea at the foot of the cliffs are a number of gullies and ridges - varied marine life such as sea anemones, snails, and sponges can be found there. Now part of the Heri