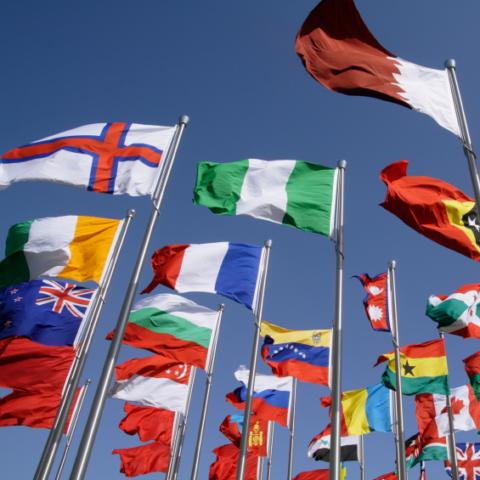 The Peace Corps traces its roots and mission to 1960, when then Senator John F.Kennedy challenged students at the University of Michigan to serve their country in the cause of peace by living and working in developing countries. From that inspiration grew an agency of the federal government devoted to world peace and friendship.

Since that time, 210,000+ Peace Corps Volunteers have served in 139 host countries to work on issues ranging from AIDS education to information technology and environmental preservation.

Applying for the Peace Corps is a fairly extensive process that begins with filling out an application. The application has very thorough questions about work and volunteering experiences and requires a lot of diligence in reporting any hobbies or activities, because those skills could be useful to the Corps. There are also two essays to write.

After sending in the application, the applicant will be contacted to set up an interview. The interview is a vital part of the process - recruiters try to use it to weed out applicants who aren't likely to complete their term of service, and also get a feel for the areas where the applicant's interests and skills could compliment the Peace Corps' goals.
Selected applicants are then nominated by their recruiter to join the Peace Corps. However, there's still a long way to go. The nominee must clear medical and legal hurdles.
Once all clearances are obtained, the nominee will receive an official invitation to join the Peace Corps, with just 10 days to decide whether to accept or decline. The invitation will include general information on the nominee's deployment - a sometimes vague region of the world where he will be sent (i.e. Asia) and a description of their volunteer job. Upon acceptance, more specific information is forthcoming. The nominee receives a departure date, an appointment for a pre-departure orientation, and then he's sent off for the three-month, in-country training period.
Although an applicant's interest in serving in a particular part of the world is taken into consideration, the Peace Corps' ability to use a particular person's skills in a given region is higher priority. In other words, the Corps will send you where they need you.

Peace Corps volunteers encounter a wide variety of living circumstances during their time in their host country. The stipend provided to volunteers generally allows them a standard of living higher than that of the people around them (the basis for some criticism of the Corps). Most volunteers have their own home, though some choose to live with a host family.
Day-to-day life in the Peace Corps is often very open-ended. Volunteers are set loose to accomplish their project goals with very little supervision. If they are part of an education program, their work hours will be dictated by school schedules, but many volunteers set their own hours. Interacting with people from the host country socially is considered a key part of the Peace Corps' mission.
Source: howstuffworks.com