Kiss UNDER the MISTLETOE 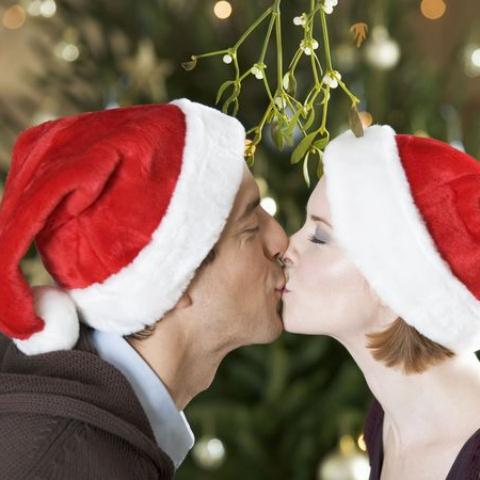 Mistletoe was said to be the sacred plant of Frigga, the goddess of love. When her son, Balder, dreamed of his death, Frigga rushed about seeking promises that her son would not die. Unfortunately, Balder’s enemy, Loki, tipped an arrow with Mistletoe and gave it to Hoder, the blind god of winter who killed Balder with it. He was brought back to life by his mother when she shed tears that turned into Mistletoe berries, so Frigga kissed everyone who passed under the tree on which it grew. From that time on, anyone who stood under the mistletoe would receive only a kiss; no harm could come to him.
An Anglo-Saxon legend of Freya, goddess of love, said men must kiss any young girl who stood under a sprig of Mistletoe hung from the ceiling. Another custom required all the Mistletoe in the house to be burned on Twelfth Night, or the couples who kissed under it will never marry.