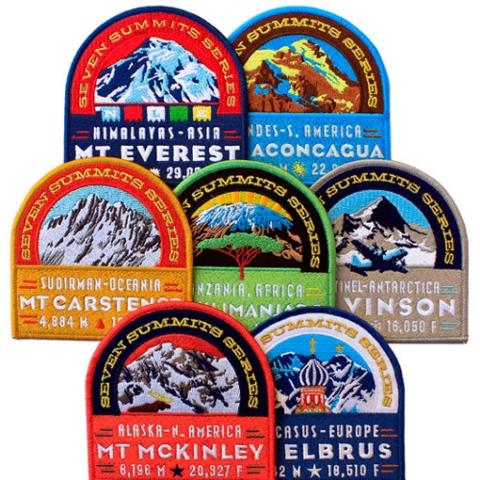 The quest to climb the highest mountain on each continent has captured
the imagination of climbers throughout the world
The Seven Summits offer a fantastic challenge, with each mountain giving a unique experience. Together they provide an excuse to travel and climb in every corner of the globe.

Climbing the Seven Summits is a huge commitment that requires large amounts of dedication, training, time, and money. It requires that you make climbing a priority and, often, put it above other financial, time, or familial commitments. Even if climbers dedicates themselves fully to the goal of the Seven Summits and climb full-time, it will still mean a commitment of at least a year, more often several years or even decades.

The Seven Summits Story
The idea of climbing the Seven Continental Summits was first publicised by American Dick Bass. His book, Seven Summits, described his ascents of the continental peaks, although he climbed Kosciusko, the Australian Summit, instead of the much higher and more difficult Carstensz Pyramid. Canadian Pat Morrow, was the first to complete all Seven Summits with Carstensz in 1986. Four months later Reinhold Messner followed suit.Over 20 'Seven Summiteers' have climbed at least one of the mountains with Jagged Globe. Rhys Jones became the youngest person in the world to complete the Seven Summits, when he summited Everest on his 20th birthday. We asked Rhys what it takes to become a successful Seven Summiteer:

What advice would you give to someone who is considering trying to climb all Seven Summits?
"Once you're inspired and determined you obviously need to be pretty fit, and be prepared to give up your weekends to get into the hills. You need really good 'tent admin' to make life on the mountains comfortable. That's more useful then technical ability or fitness, because if your gear is dry and ice free, you'll climb a lot better. Finally, you need to find the cash. Either you have it, or more likely you'll be trying to persuade someone to pay for your trip. That's another skill entirely! Most of all, don't give up. If it was easy, everyone would do it..."
Source: jagged-globe.co.uk