Dive in a SUBMARINE 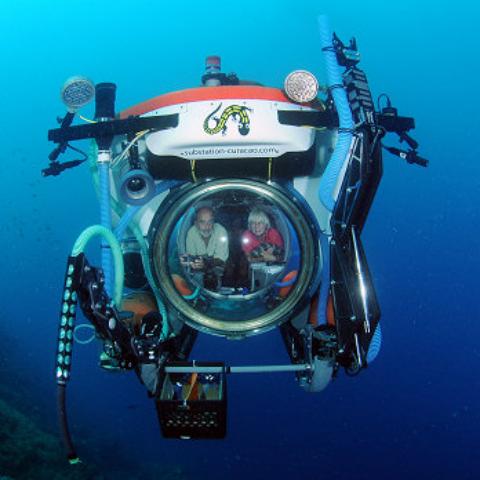 -The first workable submarine was a rowing boat covered with waterproofed skins, built by Dutch scientist Cornelius Van Drebbel in 1620.
-In 1776 David Bushnell's one-man submarine, the Turtle, attacked British ships in America's War of Independence.
-Petrol engines and electric batteries were combined to make the first successful subs in the 1890s.
-Powerful, less fumy diesel engines took over from 1908.
-In 1954 the US launched the Nautilus, the first nuclear powered sub. Now all subs are nuclear-powered.
-U-boats were German submarines that attack Allied convoys of ships in World Wars I and II.
-The tower on top of a submarine is called the sail or conning tower.
In a modern sub a strong hull of steel or titanium stops it from being crushed by the pressure of water.
-Most subs are designed for war and have long missiles called torpedoes to fire at enemy ships.
-Attack subs have torpedoes and guided missiles for attacking ships. Ballistic subs have missiles with nuclear warheads for firing at land targets.
Source: houseandhome.org