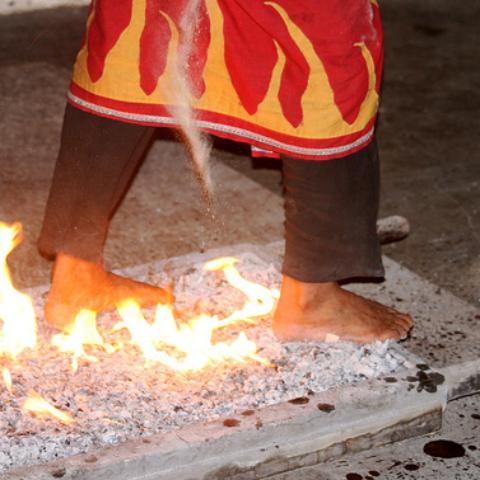 The practice of walking barefoot over beds of red-hot coals has evolved into a powerful tool for self-realization and empowerment. From its humble beginning 31 years ago, when Burkan first realized that firewalking could be used as a technique for personal growth and began teaching it to others, the firewalking movement has grown to the point that even the President of the United States has sought the experience. Firewalking today is known as a tool for personal empowerment, touching a new culture from small spiritual groups to corporate conferences.

The value of firewalking is readily apparent by the huge number of multi-national corporations that retain certified firewalking instructors to work with their personnel. Companies are beginning to see the value in using the firewalk to empower their employees. The list includes companies such as Microsoft, Met-Life, American Express, RE/MAX International, Coca-Cola, and many other corporate giants. The firewalk allows people to experience a source of energy which helps them to reach beyond their limiting beliefs. Breaking through one’s perceived boundaries frees an incredible amount of creative energy, allowing people to redefine themselves as people to whom the impossible becomes achievable. Firewalk classes have been featured on the front page of The Wall Street Journal, in medical magazines and hundreds of newspapers worldwide.
Source: firewalking.com