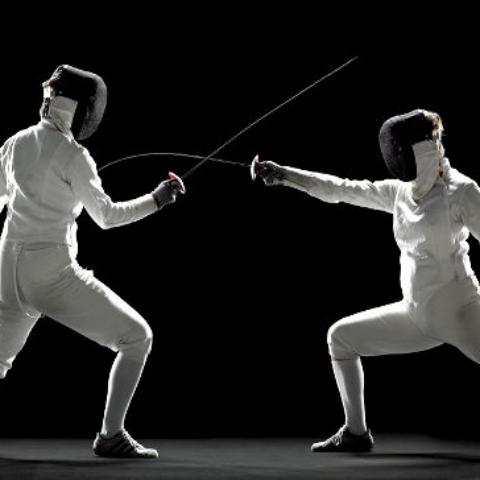 Ten interesting facts about Fencing:
1-The tip of the fencing weapon is the second fastest moving object in sport after the marksman's bullet.
2-Fencing has been included in every Olympic game since 1898.
3-The fencing suits are white, because in earlier times, touching was recorded with a piece of cotton at the tip of the weapon dripped in ink.
4-It wasn't until 1898 that the 4 minutes timing limit has been invented.
5-President Theodor Roosevelt and Winston Churchill are former fencers.
6-The first electronic scoring machine for fencing was invented in 1936.
7-Fencing as a game goes back to as early as 1200 A.D.
8-The categories of fencing under the Olympics are; Foil, Epee, and Sabre.
9-Fencing is known for being the only combat sport with no weight classes.
10-Many of the ballet positions are derived from fencing.
Source: 10-facts-about.com