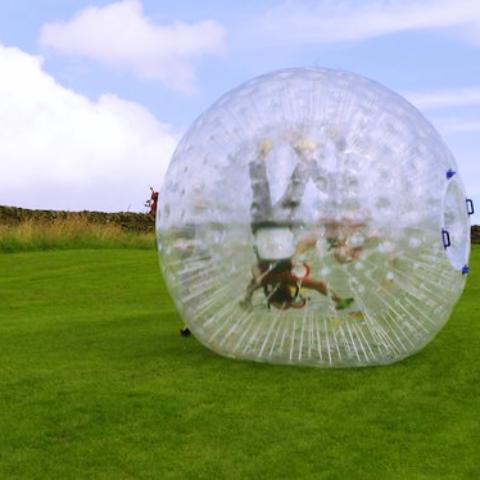 This adventure activity was invented by Dwayne van der Sluis and Andrew Akers in New Zealand in 1995 as something exciting for tourists to do once they became jaded with bungee jumping. They created the term Zorb for the ball, presumably a variation on orb, which they trademarked and which they used for the name of their company. Variations are becoming known, such as hydro-zorbing, in which you are drenched in soapy water on the way down (the nearest thing in existence to a human washing machine), and harness zorbing, in which two people are strapped together. On flat land, a number of participants can play bumper-zorbs. A participant is often called a Zorbonaut.