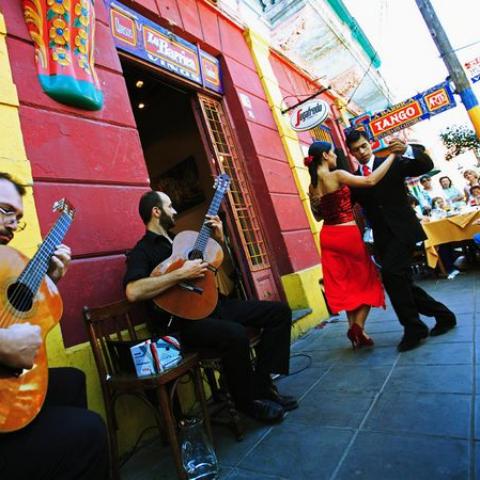 1. The standard greeting in Argentina is a kiss on one cheek; Note that failing to greet each person in a group with a kiss is considered rude.
2. The tango originated in brothels in the immigrant ghetto of Buenos Aires in the late 19th century.
3. In Buenos Aires, soccer is religion. The nation boasts two World Cup prizes and countless world footie stars.
4. Avenida 9 de Julio is the widest street in the world at an imposing sixteen lanes. It typically takes at least 2 traffic light rotations to cross.
5. Argentina is one of the leading producers of wines ever since the 16th century and has approximately 1,800 wineries currently.
6. The city of Buenos Aires has 48 districts called barrios.
7. Buenos Aires celebrates St. Patrick's Day each March 17th with a massive downtown pub crawl.
Source: buenosaires2012.aiic.net