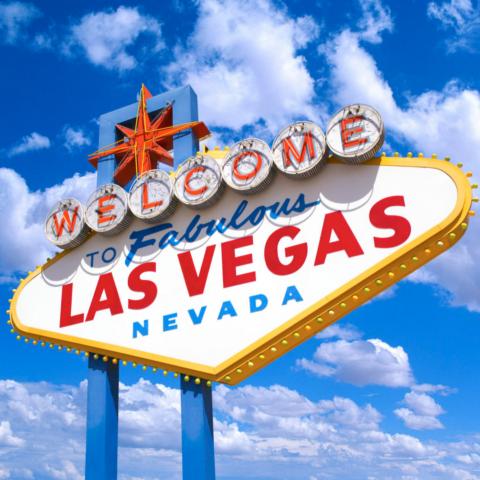 Nicknamed Sin City and the Entertainment Capital of the World, it is situated in the midst of the southern Nevada desert landscape. The city has giant mega-casino hotels, decorated with lavish care and attention to detail to create a fantasy-like atmosphere. The casinos often have names and themes that evoke romance, mystery, and far-away and exotic destinations.

Las Vegas has inspired plenty of myths, legends and lore. Here, though, are a few surprising and actual facts:
- Bugsy Siegel named his casino the Flamingo after the long legs of his showgirl girlfriend.
- Vegas Vic, the enormous neon cowboy that towers over Fremont Street, is the world's largest mechanical neon sign.
- Howard Hughes stayed at the Desert Inn for so long that he was asked to leave. He bought the hotel.
- Seventeen of the 20 biggest hotels in the U.S. are in Las Vegas.
- Elvis Presley performed in 837 consecutive sold out shows at the Las Vegas Hilton Casino.
- Nevada is the largest gold producing state in the United States. Nevada is second in the world behind South Africa.
- The world's largest jackpot was won in Las Vegas by a women at the Excalibur Casino. The jackpot totaled $39.7 million and it occurred on March 2003.
- The famous Welcome to Las Vegas sign was created in 1959.
Source: wikitravel.org , insidervlv.com