Ride on the ORIENT EXPRESS 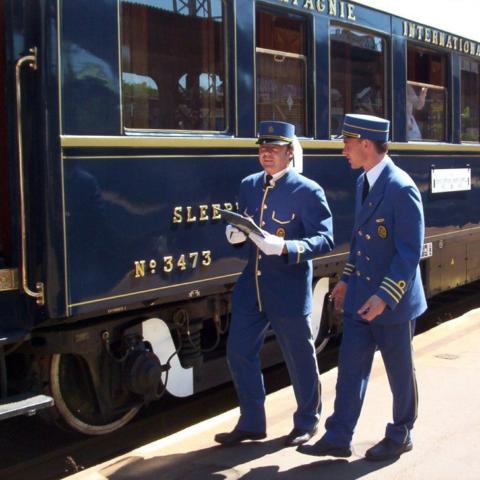 The Orient Express was the name of a long-distance passenger train service originally operated by the Compagnie Internationale des Wagons-Lits. It ran from 1883 to 2009. On 14 December 2009, the Orient Express ceased to operate and the route disappeared from European railway timetables, reportedly a "victim of high-speed trains and cut-rate airlines".

The Venice-Simplon Orient Express train, a private venture by Orient-Express Hotels using original carriages from the 1920s and 30s, continues to run from London to Venice and to other destinations in Europe, including the original route from Paris to Istanbul.
Source: wikipedia.org