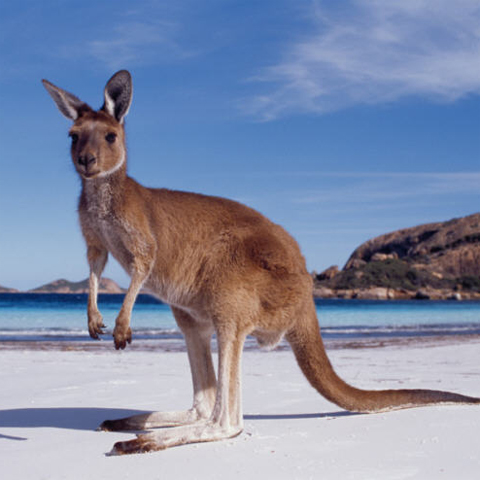 Interesting facts:
- The Great Barrier Reef of Australia is the longest coral reef in the world, measuring over 2,012.5 km.
- Sydney's Opera House was designed in 1957 by Jorn Utzon, a Danish architect. Its roof weighs more than 161,000 tons.
- Sydney Tower is 324.8m above sea level at its centre point, making it the highest building in the entire southern hemisphere.
- There are more than 150 million sheep in Australia and only around 20 million people.
- The largest meteorite crater in the world, Wolf Creek, is situated in Western Australia.
- Tasmania boasts of having the cleanest air in the world.
- In Australia there are animals, you will not find anywhere else, for example, the kangaroo.