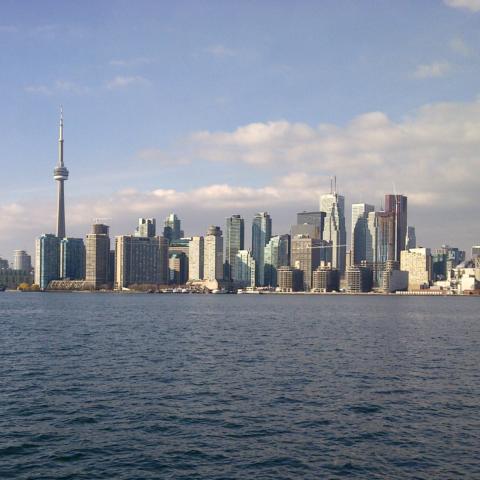 Canada is by size, the largest country in North America, second in the world overall (behind only Russia). Renowned worldwide for its vast, untouched landscape, its unique blend of cultures and multifaceted history, Canada is a major tourist destination and one of the world's wealthiest countries. The country shares the world's longest common border with the United States of America, which is also the only unprotected border in the world. The national symbol of Canada is the maple leaf.

A funny fact about Canada's city of Montreal, sometimes called The City of Churches, is that it has more churches than houses!
Canada is also home to the world's smallest jail, located in Ontario. It is only 270 square feet.
The longest highway in the world is the Trans-Canada Highway which is over 7604 kilometers in length.

The Ice Hotel in Quebec, known as Hotel de Glace is created every year using 400 tons of ice and 12,000 tons of snow. It melts away every summer and is recreated every winter.
Many inventions including basketball, the electric light bulb, the electric range, the electric wheelchair, standard time, the cardiac pacemaker, the foghorn and the first snowmobile were invented in this remarkable country.
The Niagara Falls, one of the largest and most popular waterfalls, is in Ontario.