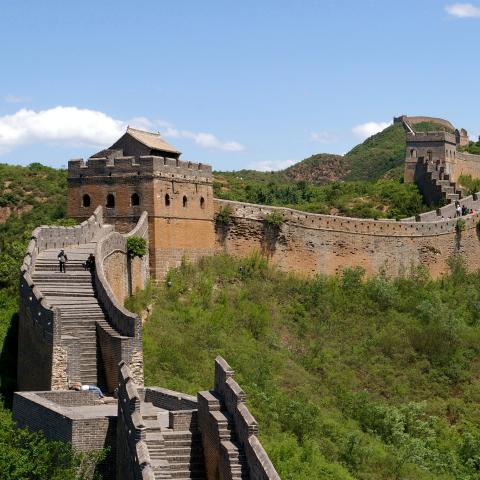 China is a colossal country with a fantastic variety of landscapes, wildlife and people. It is the most populous nation on earth. More than 1.1 billion people live in China and so the Chinese make up roughly one-fifth of the world's population.

The east coast region is lined with bustling megacities and ports. Jungles and tropical lowlands lie in southeast, while the Plateau of Tibet, which meets the Himalayas lies in the southwest. Two mighty rivers, the Yangtze and the Yellow River, cut across China and provide vital transport links.

Many everyday objects and useful technologies were invented by the Chinese long before they were introduced to other countries. Early Chinese inventions include paper, printing, silk, kites, umbrellas, the abacus, porcelain and gunpowder.
China has one of the world's oldest and most varied cooking traditions. Every region, town and ethnic group has its own specialty dishes and different mealtime customs. Source: hubpages.com