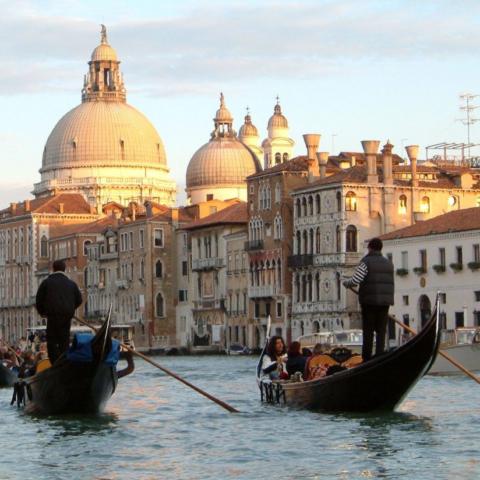 Venice also known as the Queen of the Adriatic, La Serenissima, City of Bridges and canals, never fails to fascinate! Venice sits on an archipelago, which is basically a group of small islands. The city has 118 islands altogether.
Venetian gondola (boat) is usually 11m long, and weighs 600 kilograms!!

Venice has no sewer system. Household waste flows into the canals and is washed out into the sea twice a day with the tides.

The palaces in Venice were built with the facade in front of the canal. The entrance used today was actually the secondary one.
Visit St. Mark's Basilica, St. Mark's Square when it's Empty, the Doge's Palace, the Top of the Campanile, Torcello Island. Watch a Glass-Blowing Demonstration on Murano Island. Source: squidoo.com