Go to SAINT ANDREWS in Scotland 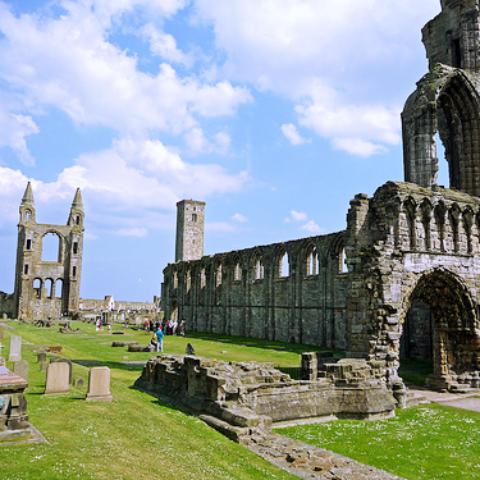 St Andrews was historically the Ecclesiastical capital of Scotland. The cathedral was the most important in Scotland during the mediaeval period, and the Bishops of St Andrews lived in St Andrews Castle. John Knox preached in the town.

The University grew up out of the cathedral, and was founded in 1410, being the oldest university in Scotland, and the third oldest university in the English-speaking world. It was the place of education of Prince William, second in line to the British throne.
St Andrews is also seen as the Home of Golf, being the home of the Royal and Ancient , one of the oldest Golf Clubs in the world and the R&A one of game's worldwide ruling bodies. The most famous golf course in the world, the Old Course is in St Andrews. It hosts the Dunhill Cup each October and, more importantly, the Open Championship every five years with the next scheduled Open to be held in 2015.
Source: wikitravel.org