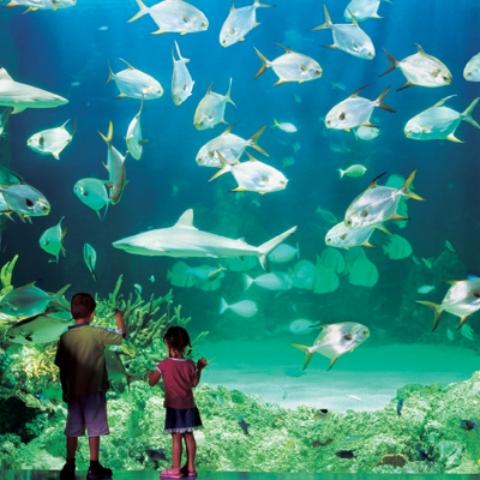 Walk through its see-through tunnels to where three-metre sharks glide silently above you, almost close enough to touch. See the colorful fish and corals of the Great Barrier Reef. The variety is astounding. Almost every Australian sea and major waterway is represented at Sydney Aquarium: from the open sea to the Great Barrier Reef, to the Australian Bight and Sydney Harbour, to the Murray-Darling river system, the rivers of the Far North, mangrove habitats, rocky shores. Opened in 1988, Sydney Aquarium is one of the largest aquariums in the world.
Source: goaustralia.about.com