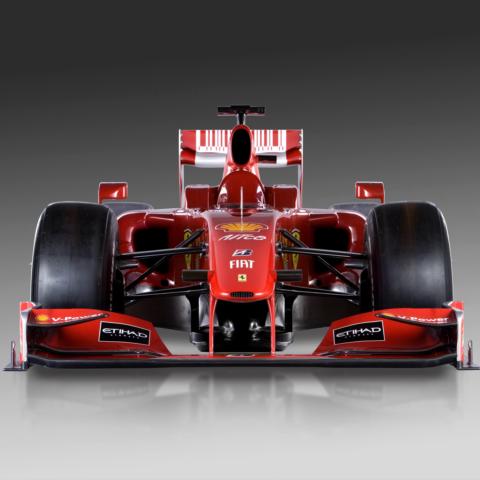 Interesting facts:
- Approximate 80,000 components come together to make an F1 car. The cars have to be assembled with cent per cent accuracy. If it were assembled 99.9% correctly, it would go on the track with 80 components wrongly placed.
- F1 car engines complete their life in about two hours of racing.
- An F1 engine usually revs up to 18000 rpm. This means that the piston travels up and down 300 times a second. Road car engines rev up to 6000 rpm at max.
- The cars have more than a kilometer of cable linked to about 100 sensors and actuators which monitor and control the car.
- An F1 car weighs around 550 kg.
- The brake discs in an F1 car have to withstand the operating temperature of approximately 1000 degrees Centigrade. They are made of carbon fibre which is much harder than steel and has a higher melting point.
- An F1 car can accelerate from 0 to 160 kph and decelerate back to 0 in just four seconds.
- Most racing cars have their tyres filled with nitrogen. The reason being nitrogen has a more consistent pressure compared to normal air.
- The tyres lose weight during the race. In a GP each tyre loses about 0.5kg in weight due to wear.
- The cars can be refueled at 12 liters per second. The rig used would take just 4 seconds to fill the tank of an average road car.
- Pit stop crews take only 3 seconds to refuel and change tyres.
Source: formula1.sporting99.com