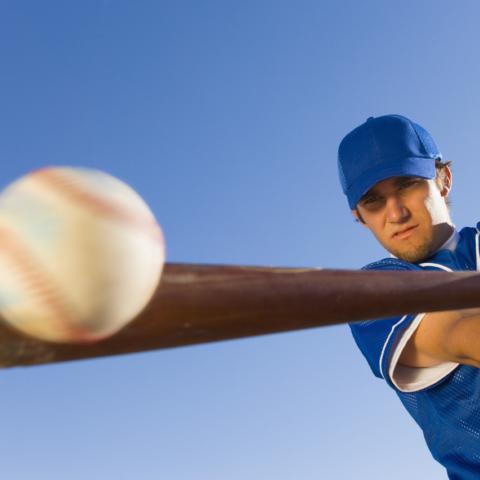 Interesting facts:
-Baseball was invented by Alexander Cartwright, modeling it upon the stick and ball game that he played then. -The first known club match with rules written by him was played in June 19, 1846.
-All the baseball balls are stitched by hand using two straight needles. Each ball has 108 stitches for each needle.
-The Louisville Slugger Museum, Kentucky holds the largest baseball bat in the world. This bat weighs 68,000 pounds and measures 120 feet.
-A strange rule of this game is that before every game, umpires remove the shine from the balls by rubbing them. The number of balls that they rub before every game is around six dozen. The mud with which the balls are rubbed is also location specific. Ideally, it should only come from a particular area in Burlington County, New Jersey.
-The oldest baseball stadium still in use is the Fenway Park in Boston. The stadium has been open for nearly 100 years.
-A baseball ball is only used once in a game. After that, the ball is used only for practice. Generally, the ball lasts for a maximum of eight days.