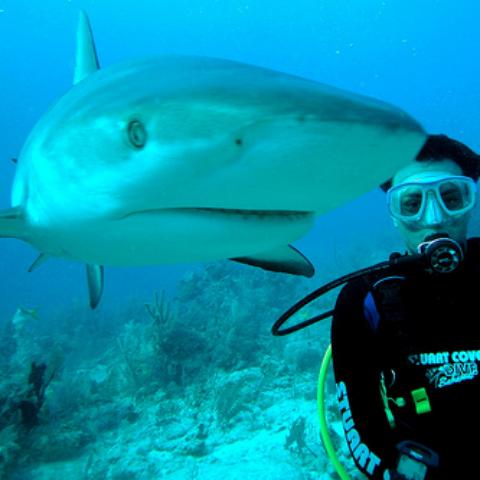 Interesting facts:
-The dwarf shark is as small as a human hand, while the whale shark can be as large as a truck.
-Sharks do not sleep the way.
-Nearly all kinds of sharks can swim up to 20-40 miles per hour. The Mayo shark and the Blue shark are believed to be capable of swimming at more than 60 miles per hour.
-Seeing that Sharks never get cancer, their cartilage is being studied in the hope of developing anti-cancer drugs.
-Since sharks' bodies are heavier than the sea, they sink if they stop moving. To stay afloat, sharks must keep moving.
-Earlier, dried shark skin (shagreen) used to be utilized as sandpaper. In countries like Japan and Germany, shark skin was used to make sword handles for getting a non-slip grip.
-A shark's teeth are usually replaced every week. In fact, some species of sharks shed about 30,000 teeth in their life span.
-A shark's hunger can be gratified with one good meal. Since sharks use little energy to swim, their meal lasts for long time. Some sharks can hold food in their stomachs, without being digested. If they have a big meal, it can last for 3 or more months.