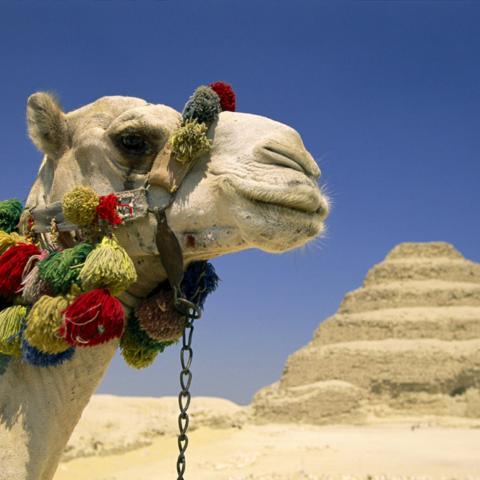 The land that gave birth to the first great civilization… The pyramids, the minarets, the Nile – the scope of Egypt is magnificent. Visitors are surprised to discover that those legendary pyramids are merely the tip of the archaeological iceberg. Pharaonic nations, ancient Greeks, Romans, Christians and Arab dynasties have all played their part in fashioning Egypt's embarrassment of architectural wealth.

Cairo's chaos whirrs around a medieval core that has remained unchanged since the founding days of Islam. Upriver, Luxor, the site of ancient Thebes, is lined with warrens of opulent burial chambers and boasts some of the most formidable monuments in all antiquity. Further south at Aswan, even more geometrically imposing temples write a testament to the power of archaic gods and omnipotent pharaohs. It is here that the Nile is best explored by ancient sail, on a felucca (Egyptian sailing boat) at the hands of the prevailing currents and winds.

Abu Simbel – a very remote town in the far south, with some beautiful ancient temples.
Dahab – backpacker central, with excellent scuba diving.
Gilf Kebir – an oasis deep in the desert with evocative WWII wrecks and prehistoric rock paintings.
Karnak – scattered temples built with an emphasis on size, an impressive avenue of ram-headed sphinxes runs through the middle.
Lake Nasser – created by the Aswan Dam.
Memphis & Saqqara – both filled with relics and ruins of ancient Egypt, they're often combined as a day trip from Cairo.
Nuweiba – small village with a number of camps, eco lodge and basic accommodation styled hotels.
Sharm el-Sheikh – a hugely popular resort town on the Sinai peninsula, with some of the best scuba diving in the world.
Siwa – a stunning remote oasis near the Libyan border.
St. Katherine home to the oldest continually inhabited monastery, Mount Sinai and Mount Katherine (highest mountain in Egypt) and truly Bedouin culture.
Taba Heights – purpose built resort with views of Israel, Jordan and Saudi Arabia.
Source: wikitravel.org