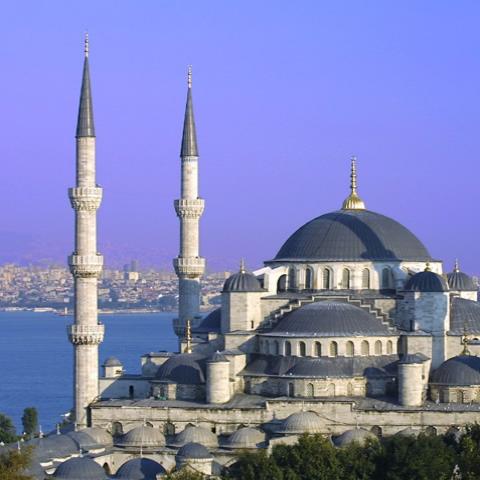 A richly historical land with some of the best cuisine you will ever taste, one of the world's greatest cities and scenery from white-sand beaches to soaring mountains.

The greatest surprise for first-time visitors to Turkey, with its stereotypes of kebaps, carpets and moustachioed hustlers in the bazaar, is the sheer diversity found between its Aegean beaches and eastern mountains. In Istanbul, you can cruise – on the Bosphorus as well as through markets and nightclubs – in a Westernised metropolis offering equal parts romance and overcrowded insanity. In holiday spots such as Cappadocia and the southwestern coasts, mix trekking, horse-riding and water sports with meze savouring on a panoramic terrace.

Ankara — the capital of Turkey and its second largest city
Antalya — the fastest growing city, hub to an array of beach resorts
Bodrum — a trendy coastal town in Southern Aegean which turns into a crowded city in season when it serves as a playground for Turkish and international holidaymakers alike, featuring a citadel, Roman ruins, trendy clubs and a number of villages surrounding the peninsula each with a different character from classy to rustic

Edirne — the second capital of the Ottoman Empire
Istanbul — Turkey's largest city, the former capital of both the Ottoman and Byzantine Empires, and the only major city in the world to straddle two continents
Izmir — Turkey's third largest city
Konya — a quite large city that is the heartland of mystic Sufi order, the site of Rumi's tomb, and with some elegant Seljuq architecture, all surrounded by vast steppes

Trabzon — the wonderful Sumela Monastery is just outside the city and it is a great gateway to exploring the Turkish Northeast
Urfa — magical city with beautiful architecture and extremely friendly locals at the gates of Eastern World; where Kurdish, Arabic, and Persian cultures mingle.
Source: wikitravel.org